How do hackathons work at CoreLine?

Two weeks ago we held our second hackathon which is a two-day-long event where our team members come together to solve problems, learn how to use new technology, and work on new products. The main idea is that each individual gets the opportunity to work on a product from the very start, developing an idea, its realization, and then presentation.

So, there are usually two teams of 8 to 12 team members that need to come up with a digital product using the chosen technology of the year or following a predetermined theme. At the end of the second day, each team has the opportunity to present their product to a jury, and after that winners are announced. 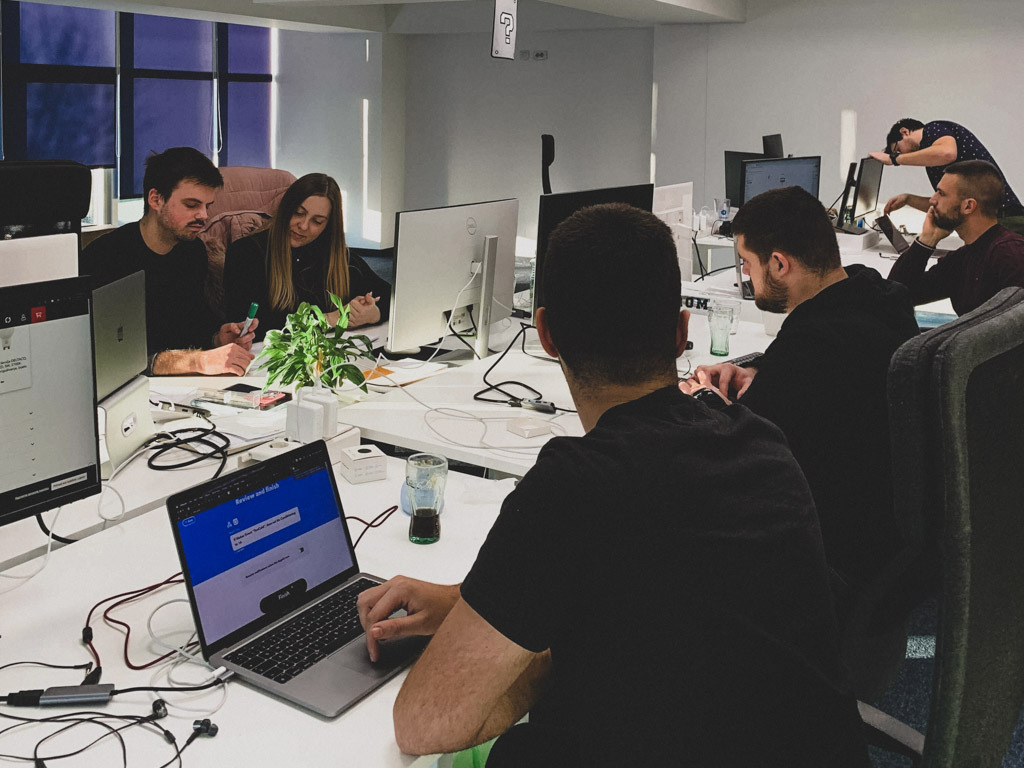 2022 technology and why we chose it

Hackathon’s 2022. edition technology of choice was the Internet of things commonly known as IoT. This means that each team had to come up with a solution that was integrated with a physical object (or groups of such objects) that is embedded with sensors, processing ability, software, and other technologies. The IoT intersection with several key trends in the tech world, from open source and big data to opportunities to engage with customers in new ways, made our choice a piece of cake.

So, after the formal announcement of this year’s theme and teams formation, it was time for our participants to take out their laptops and dive into the process.

Let’s see how they did it this year…

Team Thermallo won first place. It is a web app developed in React.js for measuring temperature in a room and adjusting it according to a voting system. They opted for a web app so each participant can easily access it via a QR code, without the need of installing it onto their mobile device and instantly vote how they are feeling. The temperature then adjusts automatically according to their individual preferences. It can also be used to detect when someone enters a room and adjust the temperature accordingly.

So, they integrated it with two kinds of sensors, motion-activated ones, and sensors for temperature and humidity measurement. The main challenge for this team was how to collect the various data and select the most valuable one. They connected the sensors via a zigbee network with raspberry which is then connected using an MQTT protocol to the backend of the web app.

The second team had the idea of creating a web app (developed in React.js) that enables people with disabilities to play video games such as Flappy Bird. They used Muse 2, a brain-sensing headband with five different types of sensors (mind, heart, breath, body), and opted for the mind sensor which has the function of recording intentional eye blinking. One of the main challenges for this team was how to differentiate an intentional and unintentional blink so, in order to achieve that, they programmed the sensor to record only intentional blinks which are at a higher frequency. So every time the user blinks during the game that is recorded as a spike and via Bluetooth sent to the back end of the app. 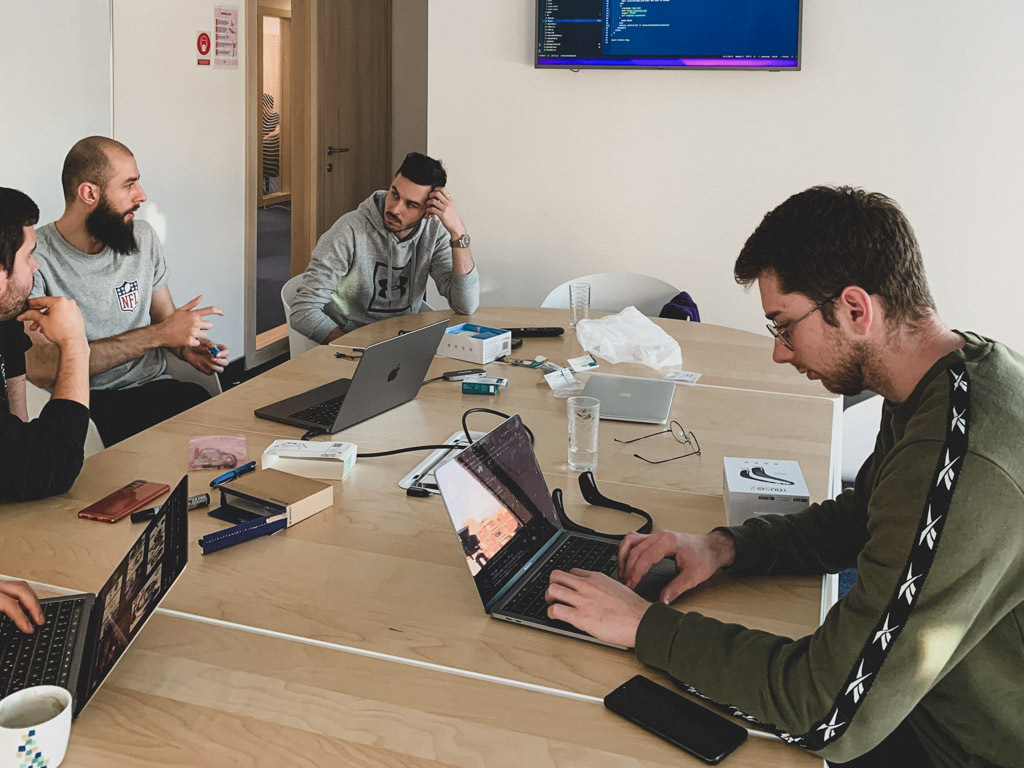 So, after two days of intense programming, several design prototypes, and many cups of coffee, we can for sure say that this year was a success and we can’t wait for another year of hackathons and new challenges.

Tips and Tricks on Redesigning an App

Redesigning an app isn’t easy. It often comes as a challenge to the design team. First things first, there are several questions your team needs to ask themselves when taking up a new project as redesigning an app.